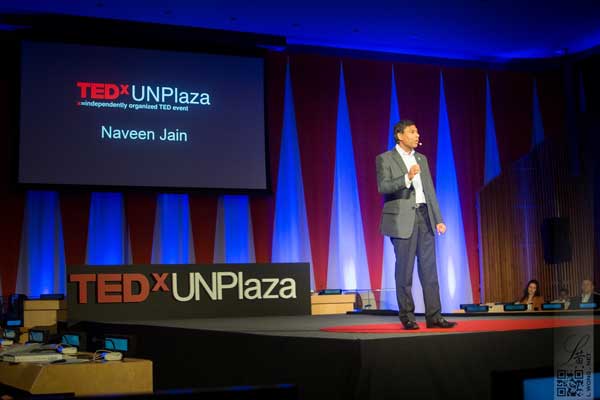 Naveen Jain is an entrepreneur and philanthropist driven to solve the world’s biggest challenges through innovation. A man who knows no limits, Naveen pushes big dreams into action, spurring massive cultural and technological change. His audacious vision and magnetic personality continually inspires others to follow what feels impossible.

Born on Sept. 6th 1959, he grew up in villages of Uttar Pradesh. He graduated with an engineering degree from the Indian Institute of Technology, Roorkee in 1979, and completed his MBA from XLRI, Jamshedpur in 1982. In 1983, Naveen Jain moved to USA. After brief tenures with couple of companies in the Silicon Valley in California, he moved to the state of Washington to join a relatively small company called Microsoft in 1989.

Mr. Jain’s work at Microsoft formed the foundation he needed to start his own company. In March 1996, Jain founded the highly successful company called InfoSpace. It was the first company to understand the power of mobile devices before the birth of the smartphones. InfoSpace went on to become the top 100 companies in the United States with a market capitalization exceeding USD 30 billion and Mr. Jain became one of the richest Americans listed in Forbes 400 in 1999.

Moon Express made history few months ago by becoming the first company to build a lunar lander capable of landing on the moon and bringing back the resources needed for the benefit of humanity. Google awarded Moon Express USD 1 million for its historic achievement, Moon Express is currently on track to launch its lunar lander within two years and become the first private company and the fourth super power to ever successfully land on the moon.

His most recent entrepreneurial venture, World Innovation Inc, is working with thousands of scientists at US national labs and NASA to identify radical technological breakthroughs and to commercialize these innovations with the goal to improve the lives of billions around the world. 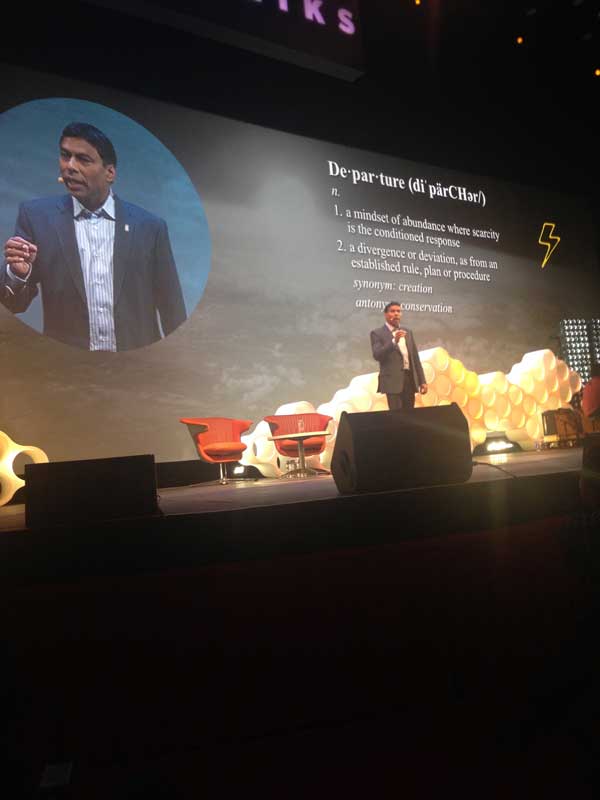 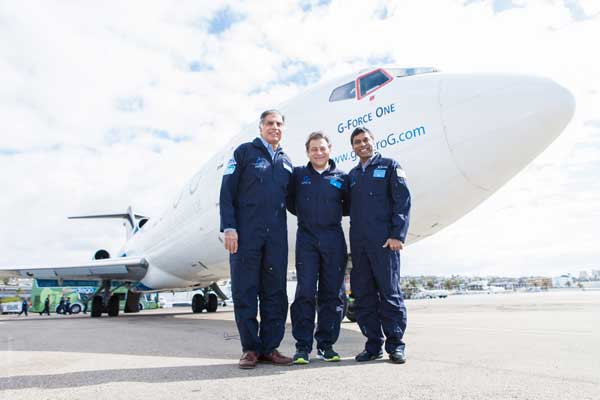 Naveen Jain a trustee of the board at the X PRIZE Foundation where he is focused on finding entrepreneurial solutions to address the global challenges in health, education, poverty, agriculture, and clean water. He recently launched Xprize in India with Ratan Tata to bring the concept of incentive prizes to solve many of the toughest problems facing India.

Naveen Jain is on the board of Singularity University, an interdisciplinary university where he is focused on educating and inspiring leaders to address humanity’s grand challenges through innovative technologies.
Naveen Jain has been awarded many honors for his entrepreneurial successes and leadership skills including "Ernst & Young Entrepreneur of the Year", "Albert Einstein Technology Medal" for pioneers in technology, "Most admired Serial Entrepreneur" by Silicon India, Humanitarian Innovation Award at the United Nations, and "Top 20 Entrepreneurs" and "Lifetime Achievement Award" for the leadership in the technology industry by Red Herring.

Whether it’s business or life, Naveen is guided by one firm belief – Our only limit is our imagination.