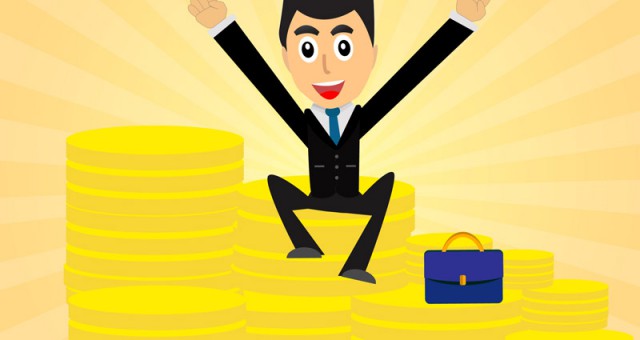 How important is failure — yes, failure — to the health of a thriving, innovative business?

So important that Ratan Tata, chairman of India’s largest corporation, gives an annual award to the employee who comes up with the best idea that failed. So important that Apple, the company that gives us the world’s most beautifully designed music players, mobile phones, and tablets, wouldn’t be here if it hadn’t dared to fail. Remember the Apple Newton? Probably not, since it was a flop. But it was a precursor to today’s wildly successful iPad.

In a struggling economic climate, failure is what separates mediocre companies from businesses that break through and astound us with their creativity.

Yet failure has become a scenario to be avoided at all costs for most CEOs. Between fear of losing jobs to fear of rattling investors, business leaders are expected to deliver a perfect track record of product launches and expansion programs. They indirectly instill this attitude in their employees, who lack the confidence to spearhead any corporate initiative that isn’t guaranteed to work.

Call it the Tiger Mom effect: In the business world today, failure is apparently not an option.

We need to change this attitude toward failure — and celebrate the idea that only by falling on our collective business faces do we learn enough to succeed down the road. Sure, this is a tough sell at a time when unemployment figures are still high and a true economic recovery is still a long way off. But without failures, no business can grow and innovate.

Why is it that we are willing to accept a certain amount of failure along with success in other arenas, but it’s forbidden in business? Take basketball: The best player on his best night will only score about 50 percent of the time. The other 50 percent of the shots aren’t considered failures — they are attempts to test playing strategy that will figure into dunks later in the game.

If a basketball player is scoring close to 100 percent of the time, he is clearly making layups and not considering the three-pointer that may be needed to win the game. The same is true for business leaders: if every one of your pet projects rolls out successfully, maybe you aren’t stretching far enough.

Apple Computer would not have reached its current peak of success if it had feared to roll the dice and launch products that didn’t always hit the mark. In the mid-1990s, the company was considered washed up. Steve Jobs had departed, and a string of lackluster product launches unrelated to the company’s core business had failed to catch fire. But the company learned lessons from its mistakes, and shifted focus to the development of flawlessly designed consumer electronics goods. Yesterday’s failures bred today’s market dominance.

Fail today, profit tomorrow
The good news about failing is that this is a smart time to do it. Today, the cost of failure is much lower than it used to be. And if you take chances while the economy is down, your successful business launch will grow and become exponentially more profitable as times improve.

Strange as it may sound, a positive attitude towards failure starts at the top. Here’s how business leaders can create an environment where failure is encouraged, not punished.

Applaud people who fail: As a leader, you need to praise people who take risks and explore new ways to gain market share, since short-term failures can lead to the biggest business successes down the road. Talk publicly about why the failed venture has merit, and what your employees have learned from it. At performance review time, let the innovators who dare to fail know that you value their contributions.

Acknowledge your own failures: When you experience a failure as a leader, don’t hide it — talk about it. Your missed opportunity will encourage others to take risks. When you tell personal stories about your own failed plans, you give permission to everyone in the organization to do the same, without fear of reprisals. (Of course, you should always remind people that they should dig deep for lessons learned from every failed attempt.)

Create a culture of innovation and entrepreneurship: Grant people the time to work on projects that they’re passionate about — beyond their daily responsibilities. This sends employees a signal that their failures as well as their successes have great value to the business. Google does this, allowing its engineers to spend 20 percent of their work time on side projects. You can’t argue with success: Google’s Orkut social networking service and AdSense ads for website content came directly from this “20 percent time” program.

So get out there and fail — and take inspiration from Thomas Edison, who suffered through more than a thousand experiments before finally inventing a working light bulb. “I didn’t fail a thousand times,” Edison told a journalist. “The light bulb was an invention with a thousand steps.”