If Men Are From Mars, Then Women Are Too 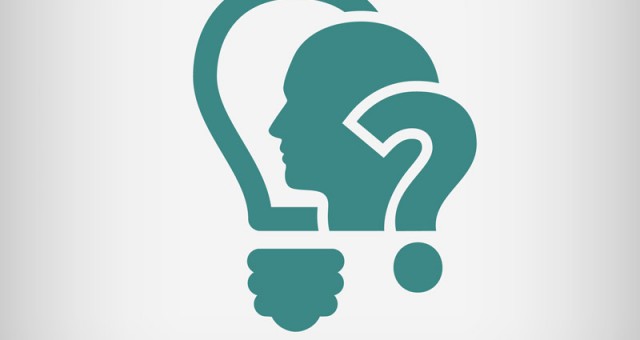 In business there is so much disparity between women and men, from leadership roles to compensation, but new research proves that our brains work nearly the same way at birth.

There are many age-old questions that drive gender-related stereotypes. What makes women and men different? Are we really as different as many people want us to think? Is personality hardwired in utero? Or is it nurturing and culture that makes our personalities different?

John Gray’s wildly popular book, Men Are from Mars, Women Are from Venus, postulates that the reason for relationship conflicts is that each gender is accustomed to its own set of emotional balances, cultures, and values, or, metaphorically speaking, live on different planets.

Particularly in business, this perceived difference between women and men has sparked a multitude of comparisons of leadership styles, the ability to listen and empathize with employees and customers, and the fear or lack of fear when it comes to risks or failure. Furthermore, women have suffered with fewer CEO positions and less compensation—and all this is predicated on the belief that men and women are fundamentally different some how.

However, based on the latest findings in epigenetics and neuroscience, I will argue that men and women are not born that different at all. At the least, men and women are no different than two men with unique emotional styles. Further, these sexist, one-size-fits-all assumptions are the reasons why men and women grow up to have such different personalities even though we are born the same.

Gender differences in brains, at birth, are not entirely black and white. Neuroplasticity, a mechanism that the brain uses to adapt to the environment, should be proof enough that brains are not physiologically static, pre-defined organs. Our brains are constantly changing and evolving throughout our lives based on cultural values, societal expectations and our environment.

The field of neuroscience has exploded over the past two decades since the publication of Gray’s best seller, and it’s time for us to take notice and debunk the old myth. It’s clear that the socially accepted, so-called “gender gap” is of our own making. There is no longer a doubt that women are just as competent as men. Gender differences are guided by nurture as society treats boys and girls differently from an early age. Scientific research has proven that societal and parental expectations and perceptions produce behavioral differences that develop increasingly into adulthood.

The simple truth is, if men are from Mars, then so are women. Any difference in gender is more a product of nurture than anything genetic or hardwired in our brains.

One of the widespread gender stereotypes states that women are “more emotional” than men. Until recently, it was widely assumed that our emotions were controlled by the limbic system of our brains. However, it turns out that these initial scientists were only partially right. We have learned that the prefrontal cortex plays an even greater role in our emotions and behavior. Interestingly, there is no difference in the prefrontal cortex between men and women, and this part of the brain is not even fully developed until we are in our twenties. In fact, Dr. Richard Davidson argues that each of us has a range of six basic “emotional styles”—resilience, outlook, social interactions, social awareness, self-awareness and attention—that are highly adaptive and can actually be controlled by our own thoughts. This rules out the possibility that women can be hardwired to be “more emotional” than men.

Clearly, we are not programmed at birth to behave a certain way based on our gender. Instead, we are trained throughout our lives to conform to our gender norms.

Lise Eliot, a neuroscientist at Rosalind Franklin University of Medicine and Science, has debunked many of the ill-conceived notions about innate gender differences in her new book, “Pink Brain, Blue Brain.” Differences in adults’ brains arise from gender conformity, she concludes. Over time we identify strongly with our gender and conform to how we see others behave. These personality differences are not hardwired at birth.

The human brain is highly malleable and, at birth, is ready to learn the patterns of the environment and the expected behavior to maximize the chance for survival. This explains why babies engage in behavior that makes them so adorable; the cuter a baby looks and acts, the more care and support he/she will receive. Likewise, as society imposes its perception of gender differences on children at an early age, they start to develop their patterns of behavior based on these expectations. Neurons that wire together, fire together. In other words, repeated enforcement of these perceptions and expectations creates the neural connections that become gender differences as we grow into adults.

Time and again, we are learning that nurture plays a strong part in brain development. Further, as we peel away societal myths about what women and men should look like, how they should act and the professions they should choose, we understand that women can achieve the same level of success as men, and vice versa. It is always great to see technology leaders like Ginni Rometty, Marissa Mayer, and Meg Whitman breaking through as a new generation of leaders.

Our thoughts of gender differences are making a self-fulfilling prophecy, propagating the very myths they seek to reveal. I think it’s time we all agree that gender stereotypes are simply the confabulation of our own mind.

What do you think?