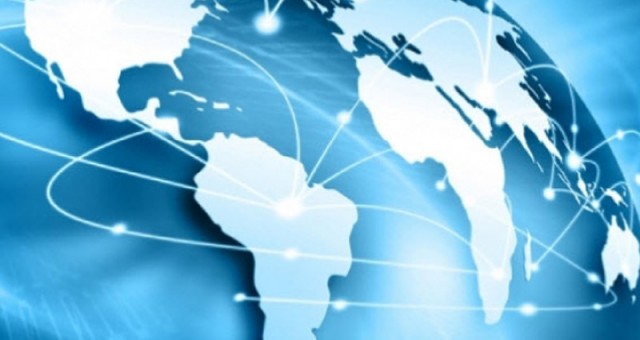 If you plan to grow your company by hiring more people, think again. The best way to grow your business is by incentivizing existing talent through incentive competitions. Why? Because it creates a magnet for the ideas and people you need to drive dramatic breakthroughs for your business. You will be surprised by the people who come forward to make these ideas a reality.

“No matter who you are, most of the smartest people work for someone else,” lamented Sun Microsystems co-founder Bill Joy about 20 years ago. The problem, as Joy understood acutely, is that business leaders often feel limited in their employees’ ability to innovate, or solve thorny problems that prevent the company from achieving greater success. But how do you find these innovative ideas if you’ve tapped out the talent under your own corporate roof?

The usual strategy for encouraging brilliant breakthroughs is to identify the talented and promising employees and pay them large bonuses and stock options. However, this is truly a “needle in the haystack” approach to solving a business problem or supporting innovation. You’re taking a chance that the people you’re incentivizing with more money will actually be the ones who come up with a big idea. That’s not the fastest and most effective way to drive real breakthroughs.

A better approach: Instead of looking for that needle in the haystack, let that needle come straight to you.

You can do this by broadening the reach of your search for innovation beyond your traditional talents and even inside your organization, and by offering a financial award to the person or team that delivers the solution you need to the problems that you have identified. This is incentivizing (or “incentiprizing”) that pays off in a timely way. It spotlights talented people who are potentially far outside of your industry or market, which is often where the best solutions come from, because they think freely about any possible and innovative solutions. And you don’t have to pay out the prize money until the right answer arises — which is highly cost-effective.

It’s important to note that the incentivizing approach isn’t just about boosting profits and stock prices. It can and has been used for social good, generating innovative ideas that serve humanity. For instance, the X Prize Foundation (of which I’m a co-chairman for Global Development and Education) has helped drive science and technology breakthroughs — like developing privately funded space missions, 100 MPGe road capable automobiles — through prizes that attract entrants from all over the world to solve grand challenges in Healthcare and Education.

Netflix experimented with the power of incentive prizes in 2006, when it set a goal to improve the system it uses to recommend movies to its subscribers — a feature that is key to customer satisfaction. Netflix announced that it would hand out $1 million to people or teams that could submit a movie-recommendation algorithm that was 10 percent better than Netflix’s own recommendation algorithm. (Netflix specifically excluded its own employees from the competition.)

Three years later, a team of researchers from various technology leaders, including AT&T Labs, cracked the challenge and claimed the prize. It would have been almost impossible for Netflix to corral a team like this on its own, but with the incentive of a prize (which was donated to charity by the researchers), the answer came to Netflix. And the competition was a bargain for the company: “You look at the cumulative hours and you’re getting Ph.D.’s for a dollar an hour,” Netflix CEO Reed Hastings told The New York Times.

Take the experience of Rob McEwen, founder and former CEO of Toronto-based Goldcorp, who had purchased an under-performing gold mine in Ontario. McEwen announced that he’d post all available surveying data on the mine online, and would pay $575,000 to anyone who could correctly tell him where he could find the next 6 million ounces of gold within that mine. The eventual winners, from an Australian geosciences consulting firm, never visited the mine, and pointed out that they’d never even been to Canada. They created a 3-D replica of the mine to figure out where the gold might be.

The amazing thing about “incentiprizing” is that people don’t get into it just for the money. I’m constantly amazed at the talented people who compete in contests from the X Prize Foundation. They are energized by the challenge, and excited at the opportunity to solve problems that take serious brainpower — not to mention they will raise their own profiles thanks to the global recognition of these prize winners.

“Our industry has been going through a hard time,” Nick Archibald, founder of the Australian firm that won the Goldcorp challenge, told Fast Company. “We had been trying to raise venture capital. Any positive news could only be a big help for us … It would have taken us years to get the recognition in North America that this project gave us overnight.”

Even competitors that don’t win the big payoff may find that simply taking part in the challenge can transform their business. The CEO of Opera Solutions, one of the competitors for the Netflix prize, said his firm’s participation has helped better serve new clients. “We’ve already had a $10 million payoff internally from what we’ve learned,” Arnab Gupta said. “So for us, the $1 million prize was secondary, almost trivial.”

If you’re thinking of launching your own “incentiprize” competition, here’s how to structure it for success.

Use for “free market failure” challenges: Incentive prizes work best for challenges in which the free market has failed to come up with a solution, or where the free market is “stuck.” For example, the Google Lunar X Prize, which is awarding $30 million for the first privately funded team to go to the moon, is hoping to jump-start private space enterprise at a time when government funding for space exploration is on the wane.

Create crystal-clear goals: Provide measurable, objective goals for your incentive prize. Define the problem, not the solution. The more clarity you provide to entrants, the more likely it is you’ll receive entries that solve the stated problem or provide the breakthrough your business needs.

Set an appropriate prize level: The incentivizing approach works for multimillion dollar awards, but also for smaller $25,000 awards. The key is to balance the innovation goal with an offer equal to the amount of ingenuity and perspiration likely needed to solve it.

Be bold and visionary: The smartest, most innovative problem solvers in the world want a problem they can sink their teeth into. Offer a goal that is audacious, but attainable. Attract this talent with a challenge that offers to make news and change the world. “Streamline the supply chain” doesn’t generate much excitement as “send a team to the moon” does.

Don’t be surprised when you discover that the winning team to solve the problem that you have been struggling for a long time may come from outside your industry. Go ahead and put a global spotlight on the problem you want to be solved with your own incentive prize.