The Entrepreneur VS. His Eye-Rolling Teenager 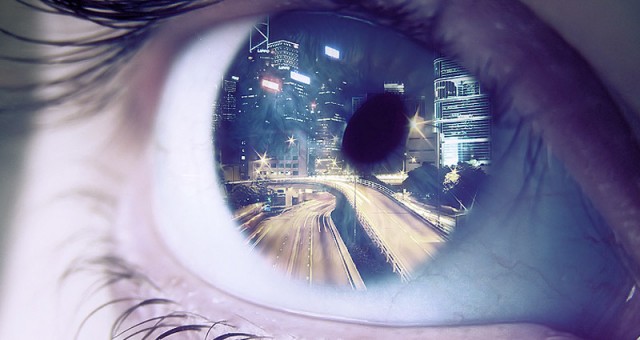 Being a startup founder doesn’t make raising teens easy, but it does give you powerful tools to teach your kids to see hidden opportunities.

I may have managed to build a successful technology startup that had gone public by the time my three kids hit their 13th birthdays, but don’t think that bought my wife and me any special respect from our teenagers. Just like teens everywhere, my children challenged us, ignored us, and rolled their eyes at our crazy ideas.

This sort of declaration of independence is probably familiar to most parents with kids her age, but I am an entrepreneur. I’m very, very used to hearing no–repeatedly!–and through my experience founding startups, I’ve learned to view those two little letters not as a final roadblock but as a problem to be solved.

As an entrepreneur you tend to see the opportunities where others see none. My daughter’s “no” was, for me, one of those opportunities.

Turning No Into Opportunity

Many parents wouldn’t see it that way. When your child comes to you at a young age and declares he or she is passionate about this or that, the natural tendency for many parents, out of love, is to simply support that decision. That’s the path of least resistance, but it’s not necessarily the best path, in my opinion.

I know that the opportunities you see are a function of how you look at the world rather than your circumstances. See things through the entrepreneur’s lens, which flips problems into opportunities, and more and better choices appear. If you don’t expose your children to this way of thinking, they won’t see all the available opportunities and they won’t make the most informed choices about their futures. There’s an opportunity cost in this lack of information–your children won’t even know what they’re missing out on, but they’ll be missing out on a lot.

So I said to my determined daughter: “Sweetheart, you’re way too young to have a passion, because I have not exposed you to enough things for you to know what you don’t like yet. I’ll send you to Singularity University for four weeks to learn about neuroscience, genetics, artificial intelligence, nanotechnology, robotics…”

She rolled her eyes and replied, “Dad, you don’t even hear me!”

But I did hear her loud and clear. It was just that, as I mentioned, I’m terrible at taking no for an answer. So we struck a deal: she would attend Singularity with an open mind, wanting to learn and wanting to like, and when she came back, I would support whatever path in life she decided on.

STEM Is a Way, Not a Destination

Four weeks later I was one extremely nervous father when my daughter came to me and announced, “Dad, I’ve made up my mind.” Then she told me she had decided to study neuroscience and genetics. What had happened?

“I’m in high school. I go to chemistry. I mix things and they blow up. Why do I care?” she told me. “It doesn’t apply. I care about girls’ education. Now I realize that the way to fix girls’ education is through neuroscience. I care about girls’ health and I realize that genetics is the way to make an impact. My interests are the same, but now I see science and technology are the tools I need. No one at school ever told me that.”

This is another lesson that entrepreneurship has taught me that I have tried to impart to my kids: thanks to the outdated way many of our schools teach science, most children look at STEM (science, technology, engineering, and math) primarily as a destination–information, history, and procedures to be memorized for the test. But science and technology aren’t lifeless lists of facts, but rather vital tools to do whatever it is you’re passionate about.

Maybe your child cares about solving the clean water problem, improving girls’ education, or fixing healthcare. What he or she probably doesn’t realize is that the solution to these truly difficult challenges often lies in the underlying technologies. It’s not that every child should be a science genius. But being exposed to the true nature of STEM allows you to ask the right set of questions.

That doesn’t have to mean sending your kids off to Singularity, of course. As a parent, your job is just to expose your children to as many different people and things as possible so that they learn to see all the opportunities the world has to offer. What you’ll find is that, when a child starts taking initiative, it’s very difficult for people, no matter how busy or important, to say no. So whether they start out as the son of a factory worker like best-selling author Keith Ferrazzi or the daughter of a successful startup founder, kids are exceptionally powerful networkers and will build on whatever foundation you give them. They just need that initial push.

Exposing your kids to the world’s opportunities in this way–teaching them to look for possibilities where others see only problems–isn’t just about your kids. If I hadn’t pushed my daughter, she may have never discovered her true passion, which would be a huge loss for her. But the world might also have lost out on a great scientist. In some sense not only did my daughter benefit, but we also all benefit when young people find a passion they didn’t even know existed.

So when your teenager digs in her heels on a premature decision, push a little harder to show her all the opportunities she might be missing. Helping her see the opportunity cost of committing too early and with too little information will help not just your child, but the rest of us as well.