We’ll be Honey-mooning on the Moon 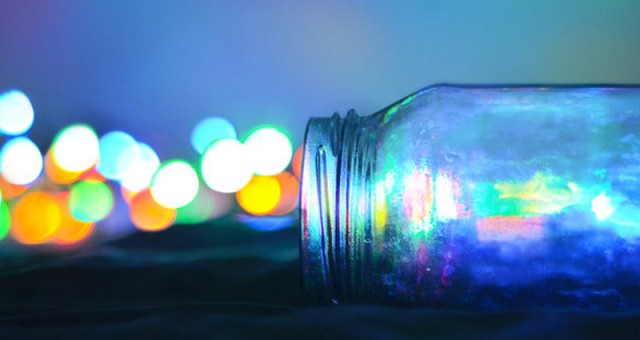 Moon Express founder Naveen Jain’s enthusiasm, and his sheer belief in how the world is going to rapidly change for the better, is electric. In the 15 minutes or so that he spoke on stage at Web Summit with Wired magazine’s editor David Rowan, he crossed Moon tourism, cancer cures and instant organ replacement off his list of things we’ll soon accomplish. The only thing stopping anyone, he says, is a lack of self-belief.

“Instead of city breaks we’ll go to the Moon — absolutely,” Jain said, pausing afterwards with certainty, as though the answer were obvious and it would be ridiculous to think otherwise. It’s soon clear the answer to any question about whether a future technology can be realised is “yes” when Jain is in the room; it’s just a matter of when.

“We’ll say ‘honey, will you go to the Moon with me and have a honeymoon?’.”

This might be the future, but for now the serial entrepreneur and philanthropist is focusing on mining the Moon for resources, something he explains as matter-of-factly as our future weekend Moon landings. He says we have the technology, the hardware and the experience — again, all that is needed is a change of mindset and a tonne of self-belief.

“We fight over minerals and fuel here on Earth. All those things are plentiful in space. We must be able to create more of what we need and change to a mindset of abundance rather than one of scarcity.”

Here on Earth, he says, people have become obsessed with conserving resources in order to be sustainable. We need to be seeking more out instead. Moon Express wants to use the satellite as a fuel depot, using its water as fuel for the travel back and forth and mining the asteroids that crash on its surface for their minerals. He says we could come back with billions of dollars worth of material with each load. “That starts to be very intreating — I don’t care what people say. That’s a shit load of money.”

When the expedition will cost us just $150 million (£93 million), at least according to Jain, it starts to seem like the obvious thing to do. He says the price of the necessary components is plummeting in line with Moore’s law as technology continues to improve apace. “We were [once] quoted $1.5 million for a part; last week we bought the same part for under $10k.”

The idea behind Moon Express is to send a robot to space to do the heavy lifting. Moon Express is developing the landing gear to get the robot down to the surface. Anyone heading up to space — Orbital Science, Virgin Galactic — can bring it back down, says Jain. Moon Express is the “last mile solution” for all the riches of space. According to Jain, the privately funded project has the backing of every Nasa centre.

“The biggest challenge has been believing it can be done,” he reasserts. “It’s a mindset. It’s also the reason science fiction is such a good thing — [it inspires us to] make imagination reality. I really believed people when they said the sky’s the limit — but mum forgot to tell you there’s no such thing as sky. You need imagination when you go to Moon, and if you can imagine it you can do it.

“It’s just self-belief — there’s no underlying tech that’s not been done. We’re not reinventing something.”

To budding entrepreneurs in the room at Web Summit, Jain advises they target the world’s great social problems — disrupt education, or the healthcare system.

“One of you will create a health diagnostic tool, a phone app that diagnoses diseases around the world; or create energy using bacteria, turning it into fossil fuel using carbon dioxide. You can make so much money, just simply think about the biggest problem facing humanity and go out and solve it — go make a hundred trillion dollars.” Jain doesn’t think or dream small then, it seems, nor is he interested in solving the billion-dollar problems, but the trillion-dollar ones.

It’s clear that much of his enthusiasm is a product of having been to Singularity University, where experts in all fields, from all over the world, are gathered together to learn from each other and innovate. Having little pieces of knowledge of all those myriad expertise, Jain can see it’s just a matter of someone piecing together that puzzle in an effective way.

“Learn about nanotechnology,” he suggests. “Nano balls can deliver oxygen instead of human fluid. So even if I have a heart attack I can call my doctor and say my heart’s stopped and I have about an hour-and-a-half left. These things have started. In our lifetime we will be able to solve the problem of cancer — once we start to realise every single cancer is different. And we’ll ask ‘who is I?’. ‘I’ is not my body, because that’s constantly changing. Ninety percent of our cells are bacteria, so we are really nothing but a host for bacteria to live off. Mind and experience is who we are — and what if we could upload that to a hard drive and the hard drive could live forever. Imagine 3D printing — the cost of complexity is becoming zero… so soon we’ll be able to print organs. Or we can sequence our own sperm, send it over email, print it and use it. ‘Honey, I wasn’t in town’ just won’t work anymore.”

Jain’s enthusiasm might be inspiring, but a little reality kick came in the form of his comparison between the US and Europe. To all the European startups in the audience he urged, dream bigger. “Europe has a problem of imagination,” he said. “They still think sustainability comes from conservation. But it can never happen without creation and the mindset shift. They’re doing things the old way and must break every mould and go out and not worry about how it’s been done in the past.

“Once you think like that, there’s nothing that can stop you.